Posted on January 3, 2014 By vanessalaverty

Deep down, we were stretching out this part of the trip as much as possible.  Neither of us were ready to go home, but we had to be in Brisbane first thing the next morning to pick up our new camper trailer 🙂

On the road, we passed some roadworks (naturally) and I just loved the colour combinations of the deep red of the dirt and the vibrant green of grass and trees. 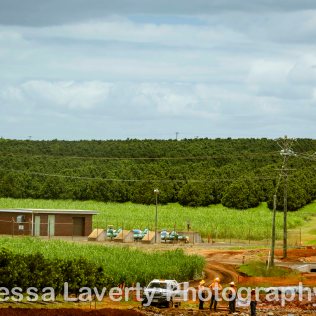 We rolled into Childers and decided it seemed like a nice place to stop for lunch and a break.  More photographs of the buildings (taken from the car).  I’m enamoured by the architecture in this part of Qld. 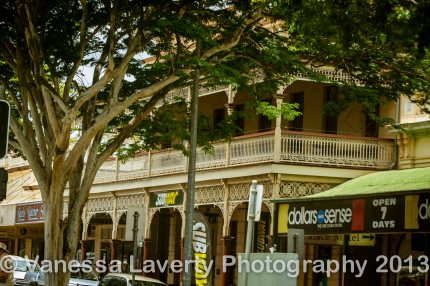 I was suffering a pretty nasty case of Tonsilitis which had required a doctors visit in Airlie Beach.  I could barely swallow so lunch consisted of a chocolate milkshake for me – Damian had a decent lunch.  But he couldn’t not have an ice-cream so we all enjoyed the cool of the park we were in for a little while longer. I quite liked Childers and I’d love to explore more here.  I believe there is a photographic exhibition/installation with the Backpackers Fire as the theme.  I’d like to see that.  Next time…

I couldn’t resist photographing this gorgeous old car though: 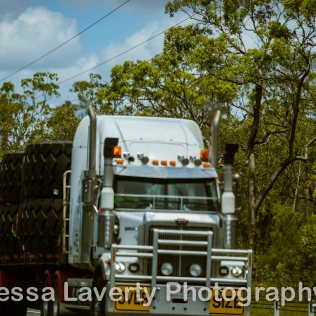 From Childers we put the foot down and just kept going.  We had planned to stay in Petrie at a free camp but it wasn’t til we got there that we discovered no tents were allowed.  As we were picking up our camper trailer from Brendale, we wanted to stay on that side as close as possible.  I finally found a camping area at Samford which was about 25 mins from Brendale.  It is a Scout Camp and when we finally got there, it was after 5pm so no one was in the office.  We hunted around for someone and decided we would set up and leave our $16 under the door of the office.

We were pleasantly surprised by this campsite at the Baden Powell Scout Park.  Loads and loads of room but you can only stay Mon to Thurs nights and need to be gone by 12pm on the Friday.  I’m guessing though that if you book ahead and there’s no scouting camps set for the weekend, then you could probably stay longer.  It’s only $16/night for a powered site. It’s barely 5mins from shops if you need them too. The amenities are extremely basic but the water was hot.

We were concerned that there was a group of lads who had set their camp up on the far side away from everyone.  However, they were the politest of kids.  Two of the boys came over and told us they planned on playing music but if it got too loud, they asked us to come and tell them.  True to their word, when it got a little loud, we only had to ask and the music went straight down.  I was very impressed with these boys who had finished grade 12 and were just hanging out together as mates.  Well done to their parents, their school and most of all, to the boys.

One last shot (or two) of Pepe for the trip: 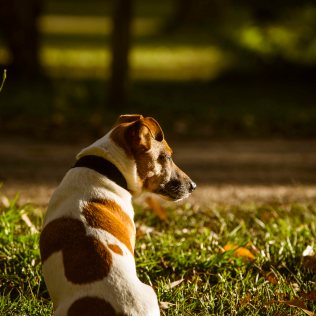 And so, the trip ends for us.  The next morning we packed up and headed to Brendale to Aussie Swag to pick up our brand-new camper trailer.  Camping will be a thing of the past for us now though we intend on taking the tent on our huge lap around Australia as there may be times when we leave the camper trailer locked up and go further inland with the tent.

In the next post, I thought I’d do a run down of the trip as far as statistics are concerned and then after that post, I’ll be showing images of the brand new camper trailer, which I’ve named MATILDA 🙂

← AIRLIE BEACH TO BUNDABERG
THE TRIP – REFLECTIONS AND STATISTICS →